Oh how I enjoyed Delia Ephron’s new book, whose title goes something like Mother, Sister, Wife, Dog. I had never read a word she has written. Judgmentally, I had categorized her under a word like schmaltz: funny the way Billy Crystal is with his mild observations about in laws and L.A. traffic. I knew she was associated with her sister’s work, also schmaltzy: When Harry Met Sally (there’s Billy again) and Sleepless in Seattle.

But her writing is so particular, so spare and lovely. She doesn’t do that thing that women writers do, putting themselves on a stage, mic in hand, offering up their feelings in suspiciously tidy packages. I say suspicious because if you’re talking about how you felt in the past — well, that’s just your story about it. Worst offenders here are those published in the Modern Love column, those “wise” and wry and wistful and worst of all whimsical musings about love gone wrong. With some kind of wrench thrown in, heavy-handedly: He was actually gay! She was in love with being in love with him, but not actually in love with him! Clunkity, clunk, clunk, clunk.

However, New York Times, if you’d like me to write one, I’d be more than happy.

More than happy, is what exactly?

Anyway, best line in the book is this one: looking for love, settling for crazy. It was about twenty-something women — like Lena Dunham’s Girls or Frances Ha — searching for another and others and themselves. But it applies to women at my age and any age, come to think of it. 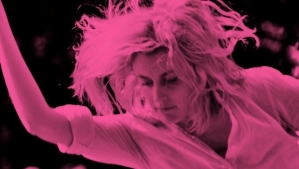